Skip to content
Here’s today’s Flashback Friday…
Like I said a few weeks ago, Sarah Jane Godfrey Evans Holmes was my great great Aunt.  Go here to read my first post about her and her sewing.

Sarah married her first husband, Will Evans, at age 20, and they had two children together (she was pregnant with their first child in the picture above).  They moved from Utah to Wyoming, where Will’s family was, for work in the mines.  Her son was two years old and her youngest, Ethel, was only a few months old when the following happened.
“Every day Will went into the earth to help bring out coal that was shipped away. There was always something that kept the women folk worried while the men were in the mines—new tunnels to be opened up, water flooding sections of the mine, rock cave-ins where timbers had not been replaced soon enough—and above all the black damp [toxic gases] that men had always to be able to detect.
On January 12th, 1886 at twenty minutes to twelve, as the miners were all coming out of the mine for dinner, an explosion occurred rocking the whole countryside. Tragedy faced us all. Crying women and children, sad, intent-faced men rushed from homes to see what could be done. The mine took lives from many homes that day. It took many days to find out the full loss.
Throughout all the search Will had not been found. I sat at home, waiting and hoping all that day and the next. Then as I sat looking across to the opposite slope, holding wee Ethel, I saw a dog nosing about at something on the ground. I called the men to tell them. It proved to be Will’s body—blown clear of the mine about a mile away—to this slope. No clothes but one sock I had knit remained on him.
The horror of seeing his remains was lightened only a bit by how much better he looked when ready for burial. On January 17, 1886 the two brothers were taken to North Ogden to be buried. The Union Pacific paid all the bills. For the next year I was back and forth from Almy to North Ogden on a pass the company gave me. I was not able to stay in one place very long, for I had no home and two small children—a sick baby most of the time.

In this one disaster in which thirteen were killed including Will and his brother, Joseph Evans, I saw tragedy and felt it. I resolved never again to have anything to do with mining life.”

Seven and a half years later Sarah Jane married again and had 5 more children.  During her years alone, she supported her family by washing clothes for families and sewing.  I’ll share more about that in another post :).  My heart hurt for her when I read what she went through.  I can’t imagine how she felt when she identified her husband by his knitted sock.  It makes me so grateful for what I have, especially for my family.  She was obviously a tough woman to go through all that she did. 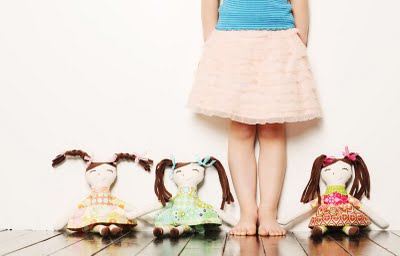 Hi, I’m Abby. I’m a sewing pattern designer, crafter, DIYer, and love to share all of those things with you here at Sew Much Ado!